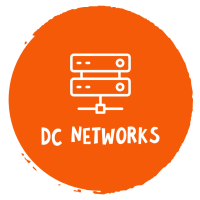 Member of the group

Dynamips emulates Cisco 7200/3600/3725/3745/2691 Routers on a traditional PC. You can use dynamips to create labs. It uses IOS Images (which are not part of this package). Of course, this emulator cannot replace a real router. It is simply a complementary tool to real labs for administrators of Cisco networks or people wanting to pass their CCNA/CCNP/CCIE exams.

GNS3 Converter is designed to convert old ini-style GNS3 topologies (<=0.8.7) to the newer version v1+ JSON format for use in GNS3 v1+

The converter will convert all IOS, Cloud and VirtualBox devices to the new format. It will also convert all QEMU based devices (QEMU VM, ASA, PIX, JUNOS & IDS). VPCS nodes will be converted to cloud devices due to lack of information the 0.8.7 topology files.

For topologies containing snapshots, the snapshots will also be converted to the new format automatically.

The GNS3 server manages emulators such as Dynamips, VirtualBox or Qemu/KVM. Clients like the GNS3 GUI controls the server using a JSON-RPC API over Websockets.

You will need the new GNS3 GUI (gns3-gui repository) to control the server.

Libiniparser offers parsing of ini files from the C level.

USB_ModeSwitch is a mode switching tool for controlling "flip flop"
(multiple device) USB gear. It allows so-called "Zero-CD" devices that
show up as USB storage initially to be switched into their more useful
"application mode". This is most common for UMTS/3G wireless WAN
devices.

This repositories contains software used for networking studies such as emulators and simulators. Mainly based on Cisco equipment

Ostinato is a network packet and traffic generator and analyzer with a friendly GUI. It aims to be "Wireshark in Reverse" and thus become complementary to Wireshark. It features custom packet crafting with editing of any field for several protocols: Ethernet, 802.3, LLC SNAP, VLAN (with Q-in-Q), ARP, IPv4, IPv6, IP-in-IP a.k.a IP Tunneling, TCP, UDP, ICMPv4, ICMPv6, HTTP, SIP, RTSP, NNTP, etc. It is useful for both functional and performance testing.

The base source for this TACACS+ package is Cisco's publicly available TACACS+
"developer's kit", for which we are grateful.

We needed a way to limit certain groups within the company from logging into
or getting enable access on certain devices. Access lists (ACLs) of a sort have
been added that match against the address of the device speaking with the
daemon.

Being paranoid, we also wanted to limit which hosts could connect to the
daemon. This can be done with tcp_wrappers via inetd, but this does not work if
the daemon is running standalone. So, calls to libwrap, the tcp_wrappers
library, have been added. For the source and more information about
tcp_wrappers, see Wietse Venema's site at http://www.porcupine.org/.

Of course we have also received some enchancement requests from users. One of
which was the addition of a host clause (per-host configuration). This has been
added; ported from Devrim Seral's implementation. See the documentation for
further information.

The OpenOverlayRouter (OOR) project aims to deliver a flexible and modular open-source implementation to deploy programmable overlay networks. It leverages on encapsulating overlay-specific packets into underlay-compatible packets at the edges of the instantiated overlay and route them over the physical underlying infrastructure. In order to do so, it maps overlay identifiers to underlay locators and keeps those mappings updated over time. In the current version, OOR uses the LISP protocol for the control-plane (e.g. mapping retrieval and updating, etc), NETCONF/YANG for the management-plane (e.g. overlay identifiers provisioning, etc) and can use both LISP and VXLAN-GPE headers for encapsulation.

Beaver starts up fast and doesn't use a lot of memory.
Beaver's only dependency is GTK+2, so no need to install
other libraries eating your disk space. These things make
Beaver very suitable for old computers and use in small Linux distributions.

An extremly fast, lightweight, yet feature-rich photo viewer
This software is part of the LXDE Desktop Enviroment

The Aurora Gtk Engine themes all common Gtk widgets
to provide an attractive, complete and consistent
look for Gtk applications.

Leafpad is a simple GTK+ based text editor. The user interface is
similar to "notepad", and it aims to be lighter than GEdit and KWrite
and to be as useful as them.

Following features are intended...
- Minimum requirement: for portability
- Minimal menu item: to make full use of features and to learn easily
- No toolbar: to maximize area to view text
- Single document interface (SDI): to set out windows to view at a
time
- Character coding auto detection: to open file quickly without
multi-codeset problem

Leafpad is released under the GNU General Public License (GPL).

Lxde-common package provides a set of default configuration for LXDE.
It's an LXDE core package, since without it LXDE cannot run

LXDM is the future display manager of LXDE, the Lightweight X11 Desktop
environment. It is designed as a lightweight alternative to replace GDM or
KDM in LXDE distros.

LXinput is just the LXDE Keyboard and mouse config tool

openSUSE Build Service is sponsored by

The Open Build Service is an openSUSE project.